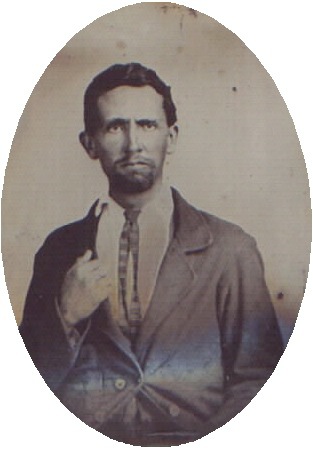 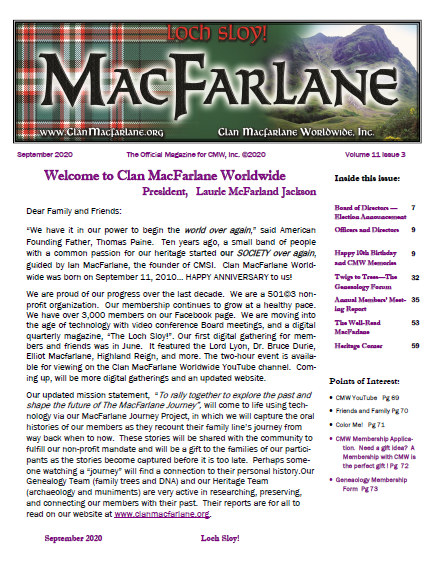 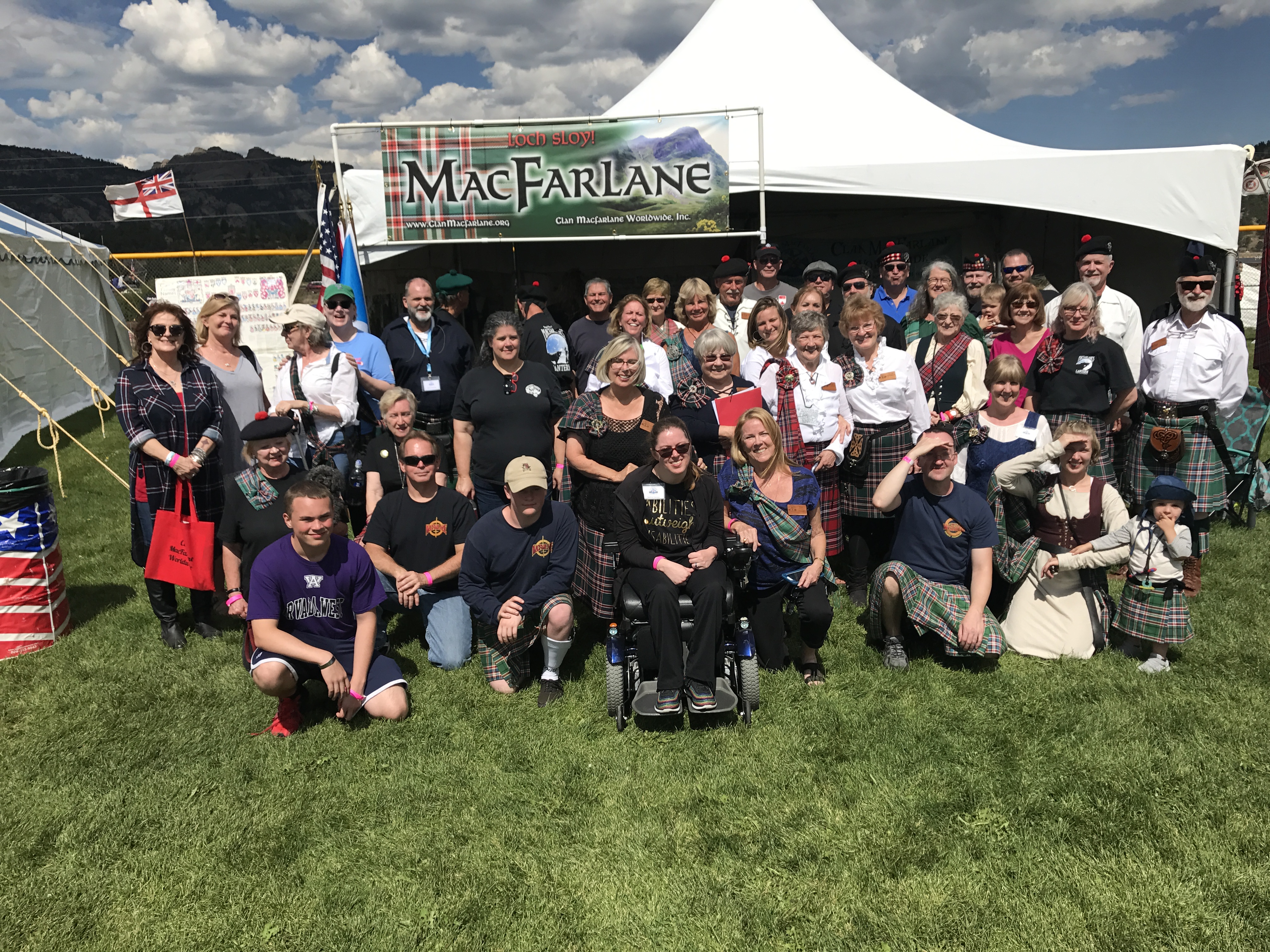 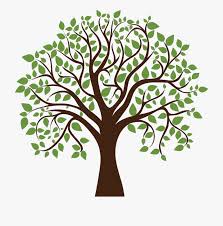 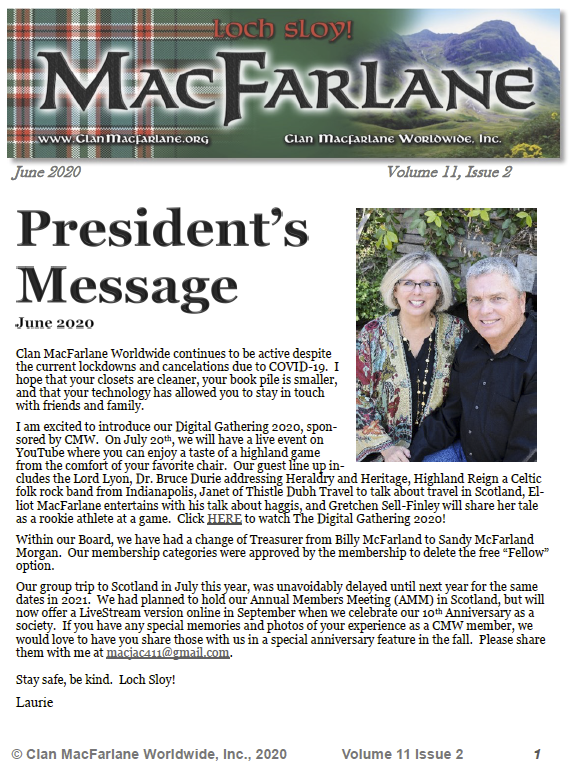 June 2020 Loch Sloy!   The LochSloy! now available for paying members! Not a member...

Genealogical Histories
Texas McFarlands: A Record of the first MacFarlane... 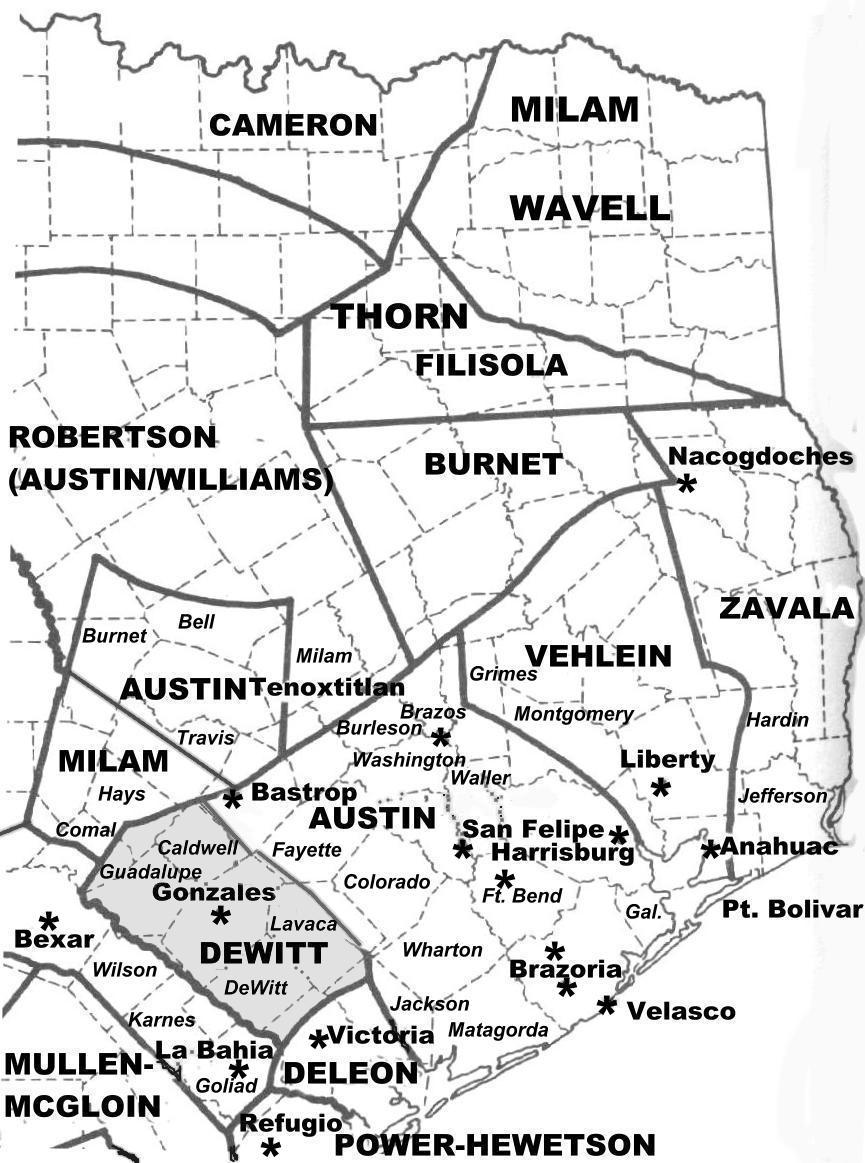 TEXAS MCFARLANDS Mary Helen Haines ©2017 Texas was part of the Spanish Empire in the 1500s, but sp...

Like many clans, Clan MacFarlane has a gathering tune. These tunes are typically called a "pibroch" and are derived from the Gaelic word Pìobaireachd. The pibroch would be played at special events or when the Chief wanted to summon the clan.

The Pìobaireachd of Clan MacFarlane, known as "Thogail nam Bo", "To Lift the Cattle", is an ancient tune that was nearly lost with history. Penned in the early 1500's by the clan's twelfth Chief, "Andrew the Wizard", it was saved from extinction in the late 1800's.

"Mr Robert Macfarlan, Writer, Dumbarton is due the credit of rescuing the music from the oblivion into which it had almost fallen. Mr. Macfarlan after having made enquiries in many directions was recommended by that venerable and patriotic Highlander, Mr. Duncan Whyte, to approach Mr. Donald Leitch, Pilot of the Steamer Iona, and his brother John both excellent pipers. Having found these gentlemen knew the tune, Mr. Macfarlan arranged several meetings with them, at which the ground work of the tune after having been played over and over again, was recorded by Mr. J.W. Anderson, Student, Dumbarton a gentleman with a competent knowledge of pipe music. He was assisted by Mr. Hugh M`ln dewar, also a piper, who himself once knew the tune but had partly forgotten it.  This was done to the satisfaction of several competent jurors in whom it is impossible not to have confidence. Mr. John Leitch from whose playing the music was principally taken, learned the tune from his father and grandfather and the grandfather had it from an old shoemaker who was his first employer." The Celtic Monthly No. 1 Vol 3

Sir Walter Scott, friend of the 20th Chief, Walter MacFarlane, gives us the words to the tune in his work The Waverley Novels.

"The Clan of Mac-Farlane, occupying the fastnesses of the western side of Loch Lomond, were great depredators on the Low Country; and as their' excursions were made usually by night, the moon was proverbially called their lantern. Their celebrated pibroch of Hoggil nam Bo, which is the name of their gathering tune, intimates similar practices, —the sense being —

We are bound to drive the bullocks,
All by hollows, hirsts, and hillocks,

Through the sleet, and through the rain.
When the moon is beaming low
On frozen lake and hills of snow,
Bold and heartily we go;

And all for little gain."

In Transactions of the Gaelic Society of Glasgow Vol 1 we read:

"The honourable profession of " cattle lifting " was not classed as a common theft — far from it. Many a Highlander is still proud of his "cattle lifting" ancestors. It was customary for a young chieftain before being considered capable of taking part in the affairs of his clan, to make a raid upon some other clan with whom they were at feud, or into the low country, whence they considered every man had a right to drive a prey. Some clans obtained a greater notoriety than others as cattle lifters. The MacFarlans were such adepts at the work, that the sound of their gathering tune " Togall nam bo," was enough to scare the Lowland bodachs of Dumbartonshire."

We'd like to thank our friend and piper Craig MacFarlane, of Glasgow Scotland, for this great recording of "MacFarlane's Gathering". Please visit him on facebook or myspace. You can save your own copy of this mp3 by right-clicking here.